Save your ideas for posterity Have you ever had a brilliant idea that you do not have the resources or bandwidth to deliver? Do you wish that if not you maybe someone else can do it? Maybe your idea does not have the mature tools and technologies to deliver results today, but with the right combination of resources, tools, technologies and conditions could someday in the future. As human beings we all face the prospect of a finite life span and the fear that our ideas will be lost along with us.

If so,this site is for you. Please contribute your idea. Remember no idea is too outlandish as long as it's not too creepy.

Problem-The sun only shines for about 6 hours a day in any time zone. Storing this electricity for use during the remaining 18 hours is very expensive and resource intensive.

Solution-A network of solar or wind generating stations (4, 6, 8 or 12) straddling the Tropic of Cancer connected by high voltage DC lines that will supply power to locations where the sun is not currently shining.

Major Technology Hurdle-Superconducting power lines are not yet a reality. The hope is that this technology will exist within 10 years. Inhibitors to success-Political, non-existent technology, resistance to new ideas.

The problem:The world is always short of energy. Today the world uses 15 Terawatts per hour. This need grows every year.

The solution: A single colliding weather front can release 10Billion Watts per bolt of lightning in 10 Msec. A Laser beam can be investigated to create a conducting path to a Super Capacitor bank. The Capacitor silo can be harvested as energy source.

1.Lack of a comprehensive design for the ECLB to create conduction along the beam as a guide to the lightning bolt.

2.The Super Mega Capacitors banks have yet to evolve. Super Capacitors have emerged and are in their rudimentary state .

3.A way to predict when and where the storm event is going to occur for more complete energy harvesting. (Earth map of rainfall locations are known.

4.The device needs to be mobile enough to be positioned for fuller energy harvesting. This is not required urgently since known locations are abundant.

1.A sponsor(s) to perform research to validate the concept.

2.Lack of research into possible impact on weather patterns

Research is needed to reverse the process and use the energy from Super Capacitors to cause weather fronts to trigger rainfall.

This would be a new high in migrating rain fall locations for maximum benefit and minimum water damage.

Details on this idea will be continually updated and can be found at the link below htttp://www.origenidea.com/ECLB (Coming Soon) 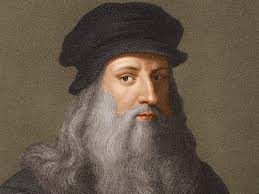